The Unsolved Mystery of the Zodiac Killer 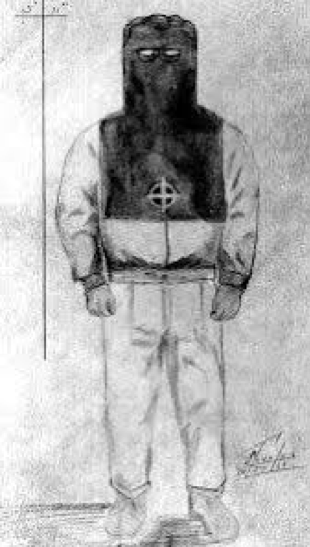 Robert Graysmith, a cartoonist working for the San Francisco Chronicle in 1969, developed an obsession to discover who the Zodiac Killer was. On a rainy night he received an image of a driver’s license of a man named Arthur Leigh Allen. On this license was Allen’s date of birth, December 18, 1933. This information became the final clue in Graysmith’s investigation, allowing him to put all the pieces together to discover the identity of the Zodiac Killer.

On August 1, 1969, the first letter written by the Zodiac Killer was delivered to the San Francisco Chronicle. The letter was a confession to the murder of two teenagers, Darlene Ferrin and Michael Mageau, on July 4, 1969, at Blue Rock Springs Park in Vallejo, California.1 A cypher was attached to the letter and the killer demanded that his cypher and letter be published in the newspaper, threatening to kill more if the paper did not do so. This letter and the cypher that came along with it was the initial spark that led Graysmith into his obsession with finding out who this Zodiac Killer was. He himself tried to decode the cypher by reading different books involving code breaking, but was beaten to solving it by Donald and Bettye Harden, who solved the code themselves. Within the cypher, it talks about “man [being the most] dangerous animal of all.”2 Graysmith discovered that this line was from the movie The Most Dangerous Game, which is about a man who hunts people for sport. Nonetheless, this became Graysmith’s first piece of evidence to be discovered from the Zodiac Killer’s letter; yet, it wasn’t until seven years later, in 1977, when Graysmith started adding up the evidence that would pointhim to Arthur Leigh Allen as the Zodiac Killer.

Arthur Leigh Allen had a friend named Don Cheney, who provided information that pointed to Allen as the prime suspect in the investigation. Cheney had mentioned that on “September 27, 1969 in Napa, California, Allen [had told his family] he’d be leaving for the afternoon to go scuba diving at Lake Berryessa.”3 However, later that day Allen returned home covered in blood with a bloody knife found in his car. That same day a police report was filed for one murder that involved the killing of Cecelia Shepard, age 22, and although Bryan Hartnell was a victim in the attack that killed Shepard, he was able to survive.

Allen’s same friend, Don Cheney, also confessed that Allen referring to himself as the “Zodiac” before the publication of the letters, and even before the murders had taken place. Allen not only referred to himself as “Zodiac,” but also wore a Zodiac brand watch. The police further investigated him by searching his trailer, but “only [found] small dissected animals, bloody knives and sexual devices.” 4 None of this, however, was direct evidence linking Allen to the murders. Although he was not convicted for murder, he was separately convicted of child molestation resulting in a three year sentence in prison. Coincidentally, no Zodiac letters were sent during this time to the San Francisco Chronicle. Additionally, during his time in prison, one of Allen’s inmates reported to the police a confession Allen had told him. Allen reportedly took responsibility for the murder of Paul Stine, a taxi driver who was shot in the head by his passenger. This murder was also mentioned in one of the Zodiac’s letters. Right after this incident, an interview on national television by Melvin Belli had tried to elicit a confession from Allen for the murders, but unsuccessfully. Afterward, the Zodiac Killer tried to reach out to Belli by calling his house on December 18, 1969. Belli was unable to answer, but his maid did. She stated that all the Zodiac Killer said was, “It’s my birthday, I must kill.”5 A chilling, yet important fact in the investigation.

One piece of evidence that seemed to sealed the deal for Graysmith that Allen was the Zodiac Killer was Graymith’s interview with Linda Ferrein. Graysmith sought to question Darlene Ferrin’s sister, Linda Ferrin, to find out whether there was any correlation with her sister and the Zodiac Killer, due to a piece of information referencing Darlene’s painting parties in one of his letters. As Graysmith interviewed Linda, she described Darlene as always being surrounded by boys. But there was one in particular who stood out to her. Linda described this boy as antisocial when he attended one of Darlene’s painting parties. Darlene also warned Linda to stay away from him because she said he scared her, and also mentioned to her sister that this was the same man who confessed to her he had killed someone. Not only that, but he had a nickname for himself, which was Leigh, which was also Allen’s middle name. During that same time, Graysmith received an image of Allen’s driver’s license confirming Allen’s date of birth, December 19, 1933, the same date on which he made a phone call to Melvin Belli stating, “It’s my birthday, I must kill.”6 All of this piled up evidenced convinced Graysmith that Allen was the Zodiac Killer, because this was the only time that the Zodiac Killer gave out a piece of personal information. Unfortunately, authorities planned to have a meeting charging him with all these murders, but Allen suffered from a heart attack before the meeting could take place.

Convincing enough? This is one of the most popular theories from Robert Graysmith who believed the serial murderer was Arthur Leigh Allen. Although there is supporting evidence that points towards him as the killer, many question Graysmith’s judgment and overall investigation. Regardless, the case still remains unsolved and we may never know who the real Zodiac Killer was. Was it Arthur Leigh Allen or was Graysmith’s theory further off than we thought?