Where Will it Lead (Pb) Us from Here: A Global Necessity or a Disaster Waiting to Happen? 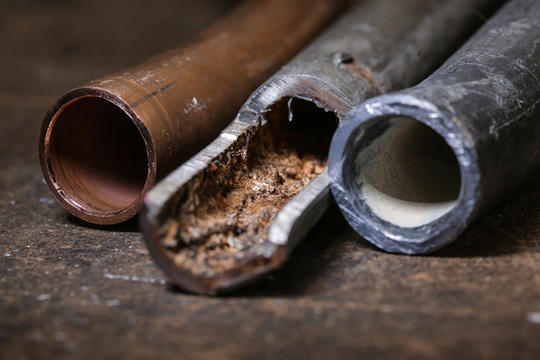 As one of the earliest metals discovered by humans, lead has been used in many ways throughout history. One example was in the world of plumbing, where Romans took advantage of this soft metal with a low melting temperature to make lead water pipes. In fact, the Latin word “Plumbum” is the origin of the elemental symbol for lead of Pb. The ancient Romans also used lead in the kitchen for pots and kettles, and even as a flavor for cooking. It is said that lead has a sweet overtone, and it was thus used to enhance “one-fifth of the 450 recipes in the Roman Apician Cookbook”.1 After the collapse of the Roman Empire, lead continued to be widely use during Medieval times, in items such as cisterns, coffins, gutters, and roofing. The metal was useful because its low melting temperature made it easier to extract, it did not corrode easily, and its malleability allowed it to be shaped into many different forms. According to the International Lead Association (ILA), today’s lead uses are focused on “power and protection” which includes things such as “radiation protection, underwater power and communication cables, vehicle batteries, electric vehicle batteries and in batteries operating emergency power supplies”.2

It is clear that the metal plays an important role in our economy, and affords necessary tools that are needed worldwide. China is the world’s top lead producer and a leading exporter, with peak production of 5.32 million metric tons in 2012 (see Figure 1).3

According to Future Market Insights, “the global market for lead has been witnessing noticeable growth on account of growing lead-acid battery consumption”, and, “growth of the building construction industry is anticipated to be one of the major factors driving the demand for lead over the next few years”.4 The uses of lead appear limitless, and likely will continue to expand with advancing technologies and increased demand. However, the positive economic impacts associated with new applications of lead in key technologies may be offset by the negative consequences of  significant adverse health impacts associated with lead.

In the 21st century, lead is still widely used in many traditional forms including paints, children’s toys, and water pipes. These in-home applications can affect family health, especially for children. Lead paint was banned in the United States in 1978, but the presence of the paint in older homes still threatens millions around the country (see Figure 2). Children’s toys may also contain traces of lead paint; lead water pipes corrode and leach lead into water systems, causing another immediate health concern. The EPA states, “Lead pipes are more likely to be found in older cities and homes built before 1986”.5 Although uncommon in modern cities because of lead pipe bans enacted in the 1970s, pipes may be switched or interconnected to other older systems, or they may be corroded by improper treatment. Evidently, we all may be getting poisoned within our own homes and might not even know it. because of the potential presence of lead in paint, toys, and pipes among other household objects.

For decades, the ILA has contributed to this public health crisis, and the toll it has taken on the impoverished and/or black, indigenous, people of color (BIPOC) in the United States. Historically, the ILA has promoted lead for use in water piping as opposed to other metals. They have even published “practical advice on the installation and repair of lead pipes” and have worked to convince “plumbers’ organizations, local water authorities, architects, and federal officials” to use lead pipes.6 The ILA campaign is taking a toll on public health; a prominent example is the ongoing water crisis in Flint, Michigan, where a series of cost-saving decisions resulted in a city of more than 95,000 people being exposed to high levels of lead.

The Flint water crisis clearly demonstrates the reasons to remove lead pipes in water systems. When the city made the switch in 2014 from Detroit’s water system to the Flint River as a primary water source to save money, officials claimed that the water was safe to drink.7 City utilities, however, did not treat the water to prevent possible pipe corrosion that could happen from the new water source, and this evolved quickly into a public health crisis. Within weeks, thousands of people reported foul-smelling and tasting water in regular home appliances. The contamination escalated and tapwater in a number of homes was brown in color, indicating significant problems (see Figure 4). Despite this, the Michigan Depart of Environmental Quality (MDEQ) quickly assured people that the water was fine and even omitted water lead reports from the government which would remove any possible federal action. Pell and Schneyer from Reuters stated, “In the year after Flint switched to corrosive river water that leached lead from old pipes, 5 percent of the children screened there had high blood lead levels”.8

As the threat of living with lead is all too real, it is important to be aware of the possible adverse health effects. Exposure to lead may be acute or chronic, but it especially affects children, who are more vulnerable to toxicity. Acute exposure to lead happens from a sudden exposure, while chronic exposure develops over a period of time. Children exposed to lead may present with brain damage, learning and behavioral changes, and stunted growth. As grown ups, presented health effects may then include: headaches, memory loss, high blood pressure, kidney disease, and joint pain (see Figure 3).

Ms. Tamara Rubin, of the Lead Safe America Foundation, is an advocate for reducing childhood lead poisoning, and educates others with a documentary titled, “MisLEAD: America’s Secret Epidemic”.9 Ms. Rubin’s efforts to prevent childhood lead exposure started in the home she lived in with her own children. Two of Ms. Rubin’s sons were poisoned by lead when a painting contractor failed to use lead-safe work practices when working on the exterior of her family’s historic home. From there she learned as much as she could about lead poisoning and started the Lead Safe America Foundation to raise awareness about the danger of childhood lead poisoning.10 The issue of childhood lead poisoning is a serious health crisis, with potentially millions exposed worldwide to lead in their own homes. With lead present in older (pre-1986) in paints and in water lines, it must be taken into consideration that those living in older cities and homes are more susceptible to exposure. The socioeconomic implications of these exposure paths are that people of color and people in poverty (both of which may often go hand-in-hand) may be more exposed by living in older lead-filled homes.

The 95,000+ people in Flint, a majority-black city with poverty rates approaching 40 percent, would later see officials from the MDEQ and other state agencies be criminally charged.11 The Flint water crisis has continued for more than five years, and identification and replacement of lead-containing water supply continues slowly. On August 13, 2020 the mayor of Flint announced that 91% of household pipe inspections were completed. The replacement of lead pipes with copper pipes has been performed in thousands of homes and water lines, with a final completion deadline set for November 30th, 2020.12 The exposure of thousands of people through home water lines encourages us to ask if lead is a necessary resource, or a disaster waiting to happen. However, addressing a crisis Flint, Michigan does not mean that the crisis as a whole is over. Many homes all across the nation are still using lead pipes to carry water throughout their homes even after 30 years of the ban of lead piping.13

Lead is a problem backed by an industry that continues to promote it. While the metal is clearly recognized as a toxic risk, the concern with poisoning is something ILA would rather try to work around. An ILA report titled, Health Issues for Lead Workers and the General Population, discusses health issues related to the use of lead. At best, the acknowledgement by ILA of health issues such as impairment of the central nervous system, and kidney and heart damage, while continuing to support the use of lead, sends an inconsistent message with respect to the potential threat to public health.14

However, many people are aware of the problems that this imposes and are trying to help. As an advocate for reducing the exposure of children to lead, Tamara Rubin says there is only one culprit to people being lead poisoned and it is the lead industry itself.15 The Lead Safe America Foundation, has three main goals: emergency intervention and support for children who have been poisoned as the result of acute or chronic exposure; outreach, intervention and education to prevent childhood lead poisoning; and parent-advocate support. There are many efforts alongside the Lead Safe America Foundation that are focused on the use of lead in our everyday environment. These groups are bringing awareness to the dangers of lead in many ways. National Lead Poisoning Prevention week (October 25-31 this year) is dedicated specifically to raising awareness of lead poisoning.16 By engaging with the Lead Safe America Foundation and taking part in events such as National Lead Poisoning Prevention week, the problem of environmental lead exposure can be more widely recognized. With continued efforts to educate about the risks associated with lead, the incidences of lead poisoning will perhaps begin to diminish.

Lead is a useful metal, but at the same time is toxic to human health and should not be used in such close proximity to our families. Removal of lead from our environment, however, is not likely to be easy or inexpensive – Flint, Michigan fought for 6 years to evaluate and replace the lines that carried water to their homes. The problem with lead in Flint may nearing its end, but the public health crisis of lead may just very well be beginning.