Gerald Gardener: The Founder of Wicca 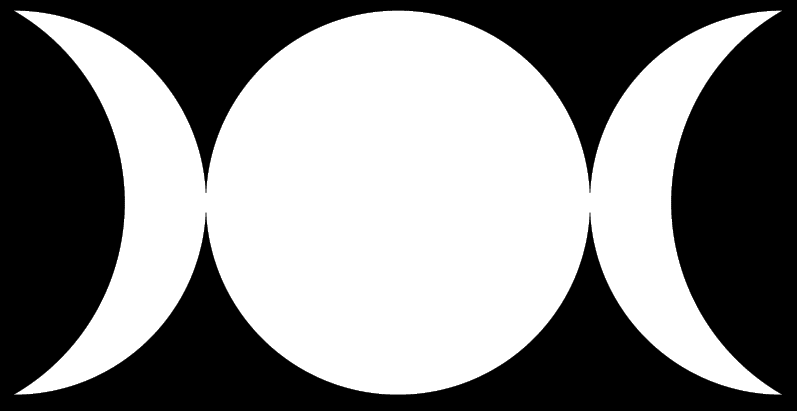 Gerald Gardner, the founder of Wicca, retired in 1936 with his wife to England and settled in the London area. He joined a nudist club and lived a relatively calm and uneventful life. Being retired allowed him to get away from the bitter cold of England, which aggravated his asthma. After an immensely spiritual trip to the warm, Mediterranean island of Cyprus, Gardner felt positive that he had lived there in a past life, claiming that he had seen the island in his dreams. This led to a fascination with all things occult and mystical. In 1938, he moved from the London area to New Forest, a quaint place in southern England. When he realized that New Forest had deep roots in witchcraft, Gardner began researching its history and the groups who practiced there. He spent the rest of his life learning about witchcraft and the occult, and he subsequently developed his own belief system. This belief system was dubbed Wicca or “cult of the wise people” by Gardner in 1954.1 His belief system of Wicca has since spread across the globe and despite the circumstances surrounding its origins, Wicca has evolved into a “legitimate religious movement in its own right” according to authors Russel and Magliocco.2 So, how, exactly, did Gerald Gardner create Wicca?

Gardner was born June 13, 1884, in Great Crosby, Lancashire, England to busy and relatively inattentive parents. He was raised almost solely by his nursemaid and felt little connection to his parents. When Gardner was sixteen, his nursemaid got married and moved to Sri Lanka. Gardner went with her. At sixteen, when he got to Sri Lanka, he began working on a rubber plantation as a planter. He worked there for nineteen years before moving to Borneo. Once in Borneo, he worked as a rubber tree plantation inspector, a customs official, and an inspector of opium for the next thirteen years. Gardner had an interest in history and other cultures his entire life, but after moving away from London, he began to study the culture, histories, and practices of the people around him in his spare time. His research ability, and focused knowledge of many of the spiritual and religious beliefs of that area, would come in handy once he retired and started to learn about witchcraft. Eventually, this knowledge would become a part of Wicca as a whole, because Gardner would use it in his own practice.3

After moving on from the Fellowship of Crotona, Gardner continued to study witchcraft. He published the novel High Magics Aid in 1949. This novel was a work of fiction, a fantasy story with action and fighting. However, Gardner used all of his knowledge about actual witchcraft for the magic in his story. This allowed people to have insight into witchcraft at a time when witchcraft was illegal. Had Gardner attempted to publish a nonfiction book about his study of witchcraft, he would have put himself in danger; so High Magics Aid came into being.6

Gardner met Aleister Crowley sometime after he left the Fellowship of Crotona, just before Crowley’s death in December of 1947. Aleister Crowley was an infamous name in both Europe and the United States due to his heavy involvement in the occult. He was known as “the wickedest man in the world.”7 Crowley introduced Gardner to the Ordo Templi Orientis, which practiced Tantrism, an East Asian form of magic. According to the World Religions Reference Library, “Tantrism is a spiritual movement, which involves mantras (verbal formulas), symbolic body postures and hand motions, and sexual rituals”; when Gardner learned about this spiritual movement from Crowley he decided to open his own chapter. 8 Gardner opened his chapter of the Ordo Templi Orientis at his London home, which resided on the grounds of a nudist club he belonged to. His chapter was almost all men, and often the number of women in the group was so low that the group had to hire prostitutes in order to carry out the Great Rite, which was a ritual where the high priestess had to have sexual intercourse with all the male members of the chapter.9 It’s unclear what happened to Gardner’s chapter of the Ordo Templi Orientis, but eventually, he moved on.

In 1951, laws against witchcraft were eliminated in England, allowing Gardner to practice witchcraft openly and publish his books on witchcraft as non-fiction. He moved to the Isle of Man and bought the Museum of Magic and Witchcraft from an acquaintance. He established this as the base of his first coven, which would practice Gardner’s form of witchcraft for the first time. This practice would spread across the globe, and eventually become modern Wicca. In 1953, Gardner invited Doreen Valiente, who eventually became the high priestess, into his coven. Together they worked on Gardner’s Book of Shadows, collecting and writing down all of Gardner’s teachings.10 A “Book of Shadows” is a journal or notebook that contains all the information someone practicing witchcraft has learned in order to ensure nothing is forgotten or lost. These books can be passed down in a coven, ensuring that the teachings of the coven stay in the coven.11

In 1954, Gardner published Witchcraft Today, a nonfiction book about Gardner’s thoughts on modern witchcraft. Gardner believed that the end of witchcraft was coming, stating: “I think we must say good-bye to the witch. The cult is doomed, I am afraid, partly because of modern conditions, housing shortage, the smallness of families, and chiefly by education. The modern child is not interested. He knows witches are all bunk.”12 However, the publication of this book actually brought a resurgence of witchcraft in England. He became known as “Britain’s chief witch” after the publication of his book.13

Gerald Gardner passed away of a heart attack on a return trip from Lebanon on February 12, 1964. His papers were released to the public after his death, and they revealed that Gardner essentially made up his personal practice. It was an amalgamation of what he learned from the many covens and spiritual groups he joined, as well as what he learned while living in the Middle East and on archeological trips. Gardner has been given the credit for bringing witchcraft to the United States, even though he never actually went there. He initiated Raymond Buckley into his practice in 1963. While Buckley was born in London, he went to the United States and spread Gardner’s teachings across the country. This developed into the Wiccan movement and it had more than fifty thousand practitioners by the early twenty-first century.14

Witchcraft is still practiced around the world in many different forms, including Wicca. Wicca has developed and changed immensely since Gardner created it, with traditions being added or taken away as people continue to research and learn more about the history of witchcraft. People still practice to this day, and it seems the numbers are only growing. Despite the fact that Gardner’s personal practice was mostly uncredited cultural appropriation, his work brought about a resurgence of interest in old witchcraft and allowed for the practice to be somewhat normalized.15

Wicca has always been something that has interested me and the idea of believing in the mystical arts has always fascinated me. I had never heard of Gerald Gardener before, or that he was the founder of the occult Wicca religion. The inspiration that was given to him by the Fellowship of Crotona is what led him to his journey of redefining and discovering what he would them name the “cult of the wise people”. I used to watch the show Charmed all the time as a child and I had no idea the “Book of Shadows” was a real thing- so cool! Very well-done!

It’s so interesting to examine to practice of witchcraft, especially because we really are taught that it is “all bunk.” The fact that witchcraft is still practiced, including in the form of Wicca, makes me curious in learning exactly what goes on in these cults. I appreciated that Hart included the statement that Gardner’s practice was “uncredited cultural appropriation,” as it tells history truthfully. This was a great telling of the background of Wicca, and I was able to learn something new today!

I really found this article to be informing. Wicca is a mystical art that is very awesome to learn about. I knew about Gardener being the founder of the occult but I did not know how he got his inspiration. The inspiration was given to him by the Fellowship of Cortona. “Cut of the wise people” was the end result of the journey. In this time he was able to redefine and discover it. I think this article stayed on topic and was very well written. Very Good!

This article was so fun to read. I think there’s a huge misconception about Wicca being a sinister and evil practice, when it really doesn’t seem all that bad. I was aware that Wicca had some of its roots in ancient pagan religions, particularly the old Celtic religion, but I didn’t know that there was a single man that pioneered it into a belief system. I think its pretty cool that Gardner got to meet Aleister Crowley. But besides, I would actually be curious to discover how many people in the world today consider themselves practitioners of Wicca.

I really enjoyed reading this article. I didn’t realize Wicca was created not too long ago and is more modern. It does make sense that Wicca being created in the 20th century would have elements of cultural appropriation. I really liked that you included that statement at the end about Gardner appropriating other cultures to create Wicca because lately, trendy practices people are associating with witchcraft are just spiritual elements taken from other cultures.