How did Augustus, Rome’s first Emperor, stay in power? 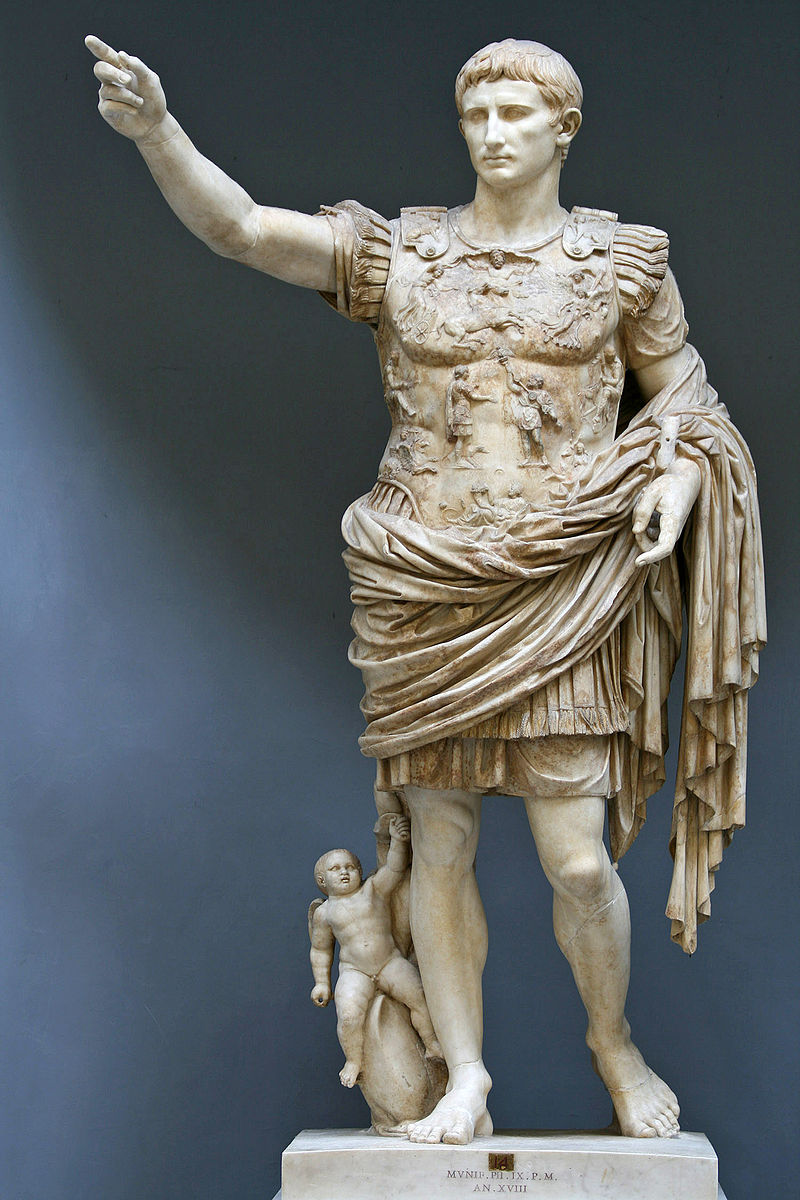 Forty-five years of unopposed rule seems an unlikely feat for any ruler in Roman history. After a civil war that lasted thirteen years, treachery, and chaos, Rome finally had an emperor it could count on. Rome’s first emperor was born as Gaius Octavius in 63 B.C.E. His family was unlike any other in Rome at the time; they were humble and kind to say the least.1 After the late dictator of the fallen Republic, Julius Caesar, adopted and named Octavian his heir in 45 B.C.E., he was thenceforth renamed Gaius Julius Caesar. His name was changed again in 27 B.C.E. to Augustus Caesar by the Senate.2 It was with this name Augustus was remembered for, and he stayed in power for decades. Augustus stayed in power for so long because he was intelligent, refused extravagant titles, was recognized as god-like, and single handedly restored Roman architecture and government.

While trying to consolidate his power in Rome after Caesar’s assassination, Augustus looked to Marc Antony, then in Egypt, as an ally, and formed the Second Triumvirate with him and Marcus Aemilius Lepidus. Their shared power inevitably led to differences, but Augustus stayed level-headed, and intelligently went around Antony’s and Lepidus’s authority. Together, they defeated the last of the Republic forces and Sextus Pompeius (son of Pompey the Great).3 Soon after, Augustus and Marc Antony split up the Roman Empire and co-ruled, until Augustus caught wind that Antony was planning on creating an independent monarchy in Asia Minor. Seeing an upper hand in this situation, Augustus exposed Marc Antony’s intentions to the Senate. This led to Rome seeing Antony’s actions as an act of war, and the Senate did not hesitate to declare war on Antony and Cleopatra in 32 B.C.E. This act ultimately led to the demise of Egypt’s last Ptolemaic rulers, since Antony and Cleopatra committed suicide before being captured by Roman soldiers. Without Augustus’s intelligence, Rome might have had another civil war on its hands, had Antony been able to take control of Rome. The defeat of Antony gave Augustus complete power over Rome and its people.

Fearing another civil war, Augustus steered clear of naming himself as dictator or sole leader; instead, he took upon himself the role of consul or tribune. For thirteen consecutive terms, Augustus remained as head of the Roman Empire and refused extravagant titles. He was often called princeps, or “first citizen.” This name delivered the image Augustus wanted to uphold. His identification with the common people of Rome is what made his rule accepted in Roman society. Even when Augustus was given supreme power, he wanted to be called princeps and continued to defer to the Senate to keep the peace.4

Many of Augustus’s subjects saw him as god-like. Halley’s Comet was said to have appeared during the beginning of his reign, and Augustus claimed it was Julius Caesar’s spirit going to heaven. Rumor had it in Rome that if this were true, then Caesar was a god, which would make Augustus the son of a god.5 In addition to Augustus’s public persona, he hesitated to remove any who were unfit to serve beneath him. He routinely removed and exiled from his Empire any who threatened his legacy. He was swift and just in the actions he took with any who violated Roman law or morals. For example, after making adultery illegal in Rome, Augustus is said to have sent his daughter into exile for adulteries she committed.6

Make Rome Great Again would have been a just campaign slogan for Augustus. He did exactly that by restoring Rome’s architecture and government. In the autobiography by Augustus called, “Res Gastae Divi Augusti,” which translates as the deeds of the divine Augustus, Augustus tells of his good deeds to Rome throughout his reign as Emperor. In this autobiography, Augustus claims to have restored “eighty-two temples of the gods in the city by the authority of the senate.”7 It is said that Augustus found Rome as a city of brick and made it a city of marble. He also kept the Pax Romana, or Roman peace, alive and well throughout his rule. This led to an improved economy and caused the arts to flourish. Some lasting artists from Augustus’s rule include Horace, Ovid, Livy, and Vergil. The Senate was grateful for all of Augustus’s achievements for Rome, and they gave him the title of pater patriae—father of his country in 2 B.C.E.8

Through his ambition and expertise, Augustus single-handedly made Rome one of the greatest empires of all time. The amount of time Augustus ruled was unparalleled in the history of Rome. Augustus successfully kept his power with his military intelligence, refusing extravagant titles, being seen as god-like by Rome, and making Rome peaceful and prosperous.