The Etymology of the Weekdays 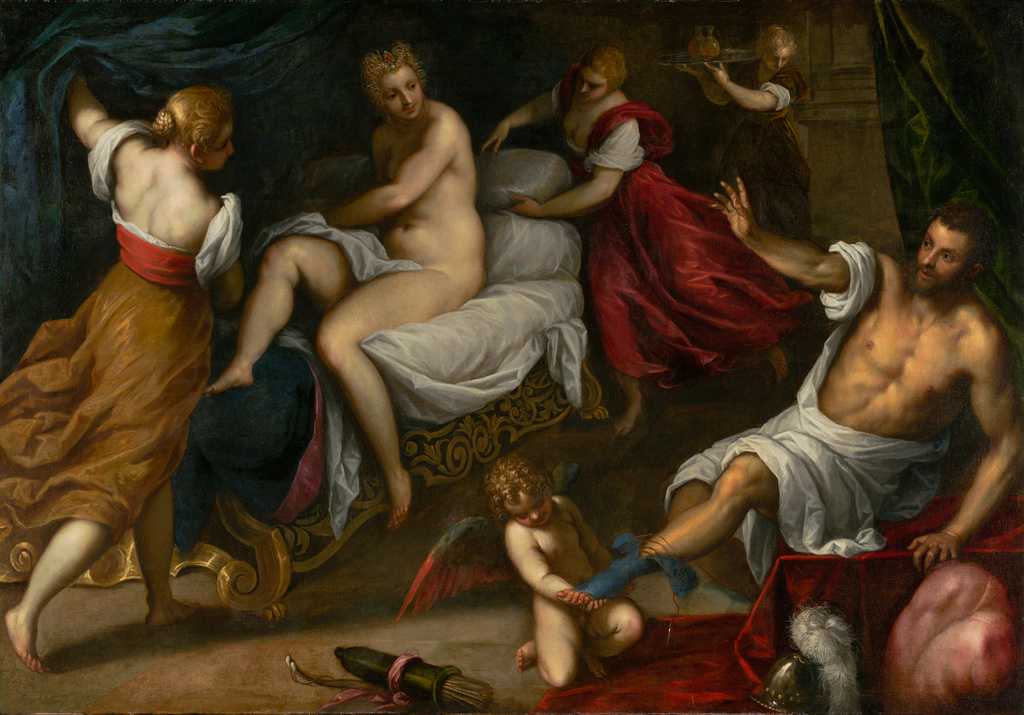 While it may not seem all that important at first glance to learn about how the days of the week got their names, it is actually very important from a cultural perspective. As many of the weekdays are named after the gods of various religions, we can learn much about the religious practices of certain cultures by analyzing why and how certain gods and goddesses were associated with certain days. Religion and culture are closely intertwined to the point where the English words culture and cult are derived from the same word. Studying a culture’s religion can provide insight into how inhabitants of that culture thought and how they viewed the world.

The word Sunday is, appropriately enough, named after the sun. 1 Specifically, it is derived from the Old English word sunnandæg. Sunnandæg itself is the combination of two words, sunnen,  which means “sun,” and dæg, which means “day.”2

The word Tuesday is derived from the word Tysdagr, which references the god Tyr.  Tyr, also rendered as Tiw or Tiu, is the Norse god of war and justice. The words for Tuesday in other languages also reference other gods of war from various mythologies. For example, in Latin, the word for Tuesday is dies Martis, which means “day of Mars.” Mars is Tyr’s counterpart in the Roman pantheon, being the god of war for the Romans, as well as “protector of Rome.” 4

Wednesday is derived from the Old English word wodnesdæg, referencing the god Woden.5 Woden is also known as Wodan and Wotan, but he is most commonly known by the name of Odin. Due to the multiple different “archaeological and literary sources” surrounding Odin, it is hard to tell what “his exact nature and role” was in the Norse pantheon, though much like Tyr, he is a god of war and poets, as well as the “protector of heroes.” He is commonly depicted as a one-eyed elderly man with “a flowing beard.” In Latin, the name for Wednesday is dies Mercurii, referencing the Roman god Mercury, who Odin was identified as by the Roman historian Tacitus.6 Mercury, also known as Mercurius, is the Roman “god of shopkeepers and merchants, travelers and transporters of goods, and thieves and tricksters.” He is often considered the Roman counterpart to the Greek god Hermes and both have a role as messenger within their respective pantheons.7

Thursday is derived from “Thor’s-day,” referencing the name of Thor, Norse god of thunder.8 Thor is commonly depicted in Norse mythology as an extremely strong, red-haired, “great warrior,” and the son of Odin in some traditions. He possessed a magical hammer named Mjollnir and is fated to die while killing “the world serpent Jormangund” during the Ragnarok, the destruction of the “world of gods and men” in Norse mythology. The Latin term for Thursday is dies Jovis, which means “Jove’s day” and references Jupiter/Jove, the head Roman god that “Thor was sometimes equated with.”9

The word Friday is derived from “Frigg’s-day,” which references the name of the Norse goddess Frigg, also known as Freya, Frea, or Friia. Frigg is Odin’s wife and patron of love, specifically “marriage and fertility.”10

The word Saturday is derived from the Middle English word saterday and the Old English word sæterndæg, the latter referencing Saturn of Roman mythology. Saturn, also called Saturnus in Latin, was the Roman god of “sowing and seed.” He is also identified as Cronus, one of the Greek Titans and father of Zeus. Zeus drove Saturn/Cronus out of Mount Olympus, but Saturn is also said to have given “his people agriculture and other peaceful arts” and “ruled Latium” during a peaceful and prosperous “golden age.”11

Even today, religion has an effect on our culture. Whether it is through our overall sense of morals or through the expressions and idioms we use, religion and religious practice often affect how we think, even if we are not consciously aware of it. How much more would religion have affected older cultures, many of whom were more openly pious than ours? As American culture puts an emphasis on multiculturalism, it is colored by other cultures and often takes aspects of them into itself. Therefore, through understanding other cultures, we can learn more about our own.

Days of the Week

I really enjoyed the structure of this article. I like how it was broken down into paragraphs for each day. I am a big fanatic on gods, mythology, etc.. I had no idea that the days of the week could relate to mythology. This was awesome to learn about. What is so interesting is back then mythology was expansive in religion. There was multiple idols and practices they believed in. It so awesome to continue to find this particular religion still embedded in different culture aspects. Wonderful information.

This article really gives a clear & cut description of the origins of where we get the names for the days of the weeks. It’s interesting to note how people from different regions spell the word “day” from the Anglo-Saxon type to the more Germanic side. It made me thought when reading this article how English got their spelling for each of these words, and perhaps all words from Old English. What’s also fascinating is how in the Romance languages, they use the names of the Roman gods for the names of the days of the week as well which I hadn’t noticed until I read this article. Great read!

The article opens up with the very interesting comparison of the words cult and culture. The common link between these two words symbolize how religious groups and cultural groups have a lot of historical ties (ie many cultures around the world may have been formed from groups of people practicing a religion, or vice versa). It was also very interesting to hear about the different gods and perhaps a cross-cultural idea of the function of the different days, with some being for war and others for things like fertility.

It is interesting to see how the words of other cultures in the modern world still carry some of the names from ancient times. Our days of the week come from words that described ancient gods and words that sound like their writing. (Ie Sunday meaning Sun Day and Monday being Moon Day.) Also, I never knew that the words culture and cult were from the same root word. However, upon explanation in this article, it makes sense.

This was a great article very informative. It is quite fascinating when you dissect the different days of the week. Looking at Sunday and Monday, it shows how important the major celestial bodies were viewed in those past cultures. The other weekdays also have very interesting root meanings and how they relate the god of the time and their virtues.

A good article about a topic that we all experience every week but often take no notice of. I think it’s incredibly interesting that across several cultures the days of the week shared similar names with similar meanings. The Norse and the Romans are not typically groups that are associated with one another, so for one to influence the other is fascinating.

This was a great article, very informative. It is quite fascinating when you dissect the different days of the week. Looking at Sunday and Monday, it shows how important the major celestial bodies were viewed in those past cultures. The other weekdays also have very interesting root meanings and how they relate the god of the time and their virtues.

This is a very interesting article, very informative. I have never given much thought into how the days of the week were named but I knew that there were some connections to the ancient world. Thank you for putting together the information of who or what each day of the week is named after and the meaning behind each day. It was very enlightening.

What a great article Trey regarding something that is relevant to every person. It is cool to see a generalization of who represented each day, and by keeping each description short it felt engaging but not too much to process at once. Being an avid reader of mythology, it is cool to see that the days of the week are represented by various figures and Gods. I am now somewhat curious to research exactly why they made each day specifically after the people they did, as maybe in ancient times these days were dedicated to things based off of whatever God represented that day.