The Lone Star State: The Reality of Gun Legislation In Texas 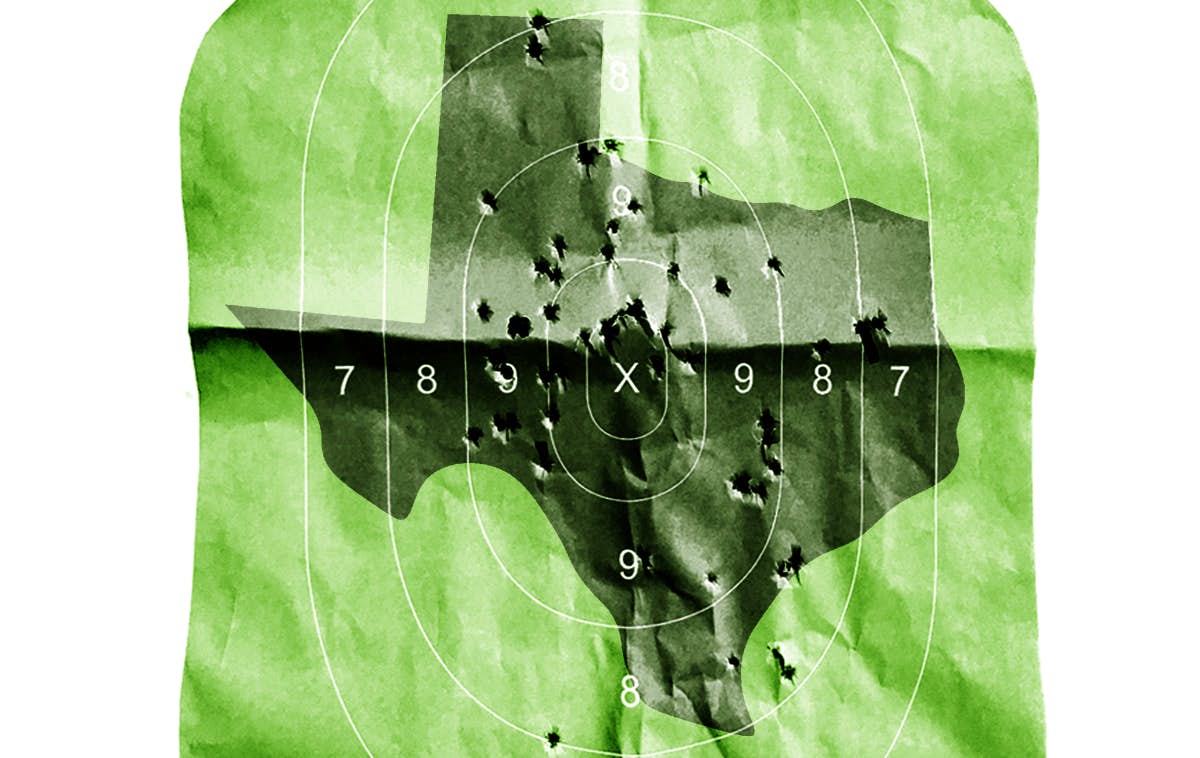 How have Texas legislators failed at passing meaningful gun control measures for the state? In recent times, gun control legislation proposals have come and gone in rapid succession. Despite this, many of these different forms of gun control laws have failed in the Texas house and senate. The failure of the red flag laws in Texas in particular prove the need for gun control in the state. Texas’ gun laws have too often been inadequate in preventing violence in the state and therefore have failed at protecting Texans from gun violence.

Texas is a state known for its gun culture, and it is because of this gun culture that gun legislation in Texas inadequately addresses gun violence in the state. In October of 2017, Texas ranked the highest of any state with the most amount of licensed gun dealers.3 Journalist Tom Dart interviewed Texas resident Dan Golvach after the shooting in El Paso and despite stating that the shooting was a “moral disaster,” Golvach said, “We are Texas because of Guns.” The article continues as the CEO of the Houston-based company Tuffy Packs, which creates bulletproof inserts for backpacks, states that he supports raising the minimum age to twenty-one, but also says, “If I was a felon I could get a gun in downtown Houston tonight for $500.”4 The gun culture is not only among those who sell and buy guns, but also among the politicians of the state. After the shooting in El Paso, former congressman Beto O’Rourke endorsed a ban of certain military style weapons. He was quickly met with backlash as representative Briscoe Cain tweeted, “My AR is ready for you Robert Francis.” The tweet was quickly removed as it violated the sites rules against threats of violence, but the damage was done. It is no wonder that if the state’s politicians feel emboldened enough to express their opinions against forms of gun control with violence towards those that support them, then the people of the state also must feel the same.5

After every large mass shooting in the country, state legislators are faced with the issue of reforming its gun laws, as media rages about gun control or violence due to violent video games, and Texas is no exception. Red flag laws are a type of gun control that was first used by the state of Connecticut in 1999. The premise of the law is simple: it allows the police or a family member to petition the court for a temporary removal of the firearms of a person who presents a danger to themselves or to others.6 Red flag laws have been passed in some of the country’s most prominent gun supporting states, such as Florida, but such laws continue to fail in the Texas legislature even when proposed by the governor himself. The fact is that current Texas laws make the red flag law implausible. The red flag law is essentially a protective order. Protective orders can be seen as a restraining order in domestic violence cases. Texas law already prohibits anyone under a protective order for domestic violence from owning a firearm, but the enforcement is where the problem lies. The law doesn’t state how guns should be removed or who should take them. These problems make legislators skeptical of creating another kind of protective order that essentially would have no teeth. This, however, is not the only reason legislators are skeptical. In March of 2018, Florida Governor signed into law a bill that gave police greater power to seize weapons and ammunition from those deemed mentally unfit. The NRA sued the state of Florida for violating the second and fourteenth amendments of the US Constitution. Interestingly enough, according to NPR journalist Samantha Raphelson, the NRA has spent decades pushing for legislation that stifles research and the spread of information on gun violence, and they have been successful. Congress passed a bill in March of 2018 that cut funding for research by 90%. In the article a Dr. Mark Rosenberg, former director of the CDC’s National Center for Injury Prevention and Control, states that “The NRA told everybody, ‘You either can do research or you can keep your guns. But if you let the research go forward, you will all lose all of your guns.'”7 Knowing the influence the NRA has over the state, as the Texas governor and many legislator are supporters of the organization, it is not surprising that there has not been greater push for the legislation.8

The Texas answer to gun violence has been to loosen gun laws, not increase them. For example, after the Sutherland Springs shooting in a Baptist Church, the Texas legislature passed a bill that would consider churches private property. This law allowed for armed members of the West Freeway Church of Christ to shoot and kill a gunman who open fired. Although this law seems effective in that one instance, the fact of the matter is that the gunman killed three people before being shot. Had the state had more efficient forms of gun control, it is possible that this man would not have been able to obtain a gun to kill those people.9

Texas has earned an F from the Gifford Law Center to Prevent Gun Violence in its laws by failing to protect its people. The fact of the matter is that current firearm laws in Texas are too lenient and have many loopholes allowing for almost anyone to obtain a firearm. In April of 2017, Texas led the nation in the most amount of registered weapons under the National Firearms Act.3 The National Firearms Act deals with machine guns, suppressors, and bombs. According to federal and state law, an individual over the age of eighteen may own an assault weapon after paying a tax and submitting an application that, in the state of Texas, does not require fingerprints and photos when bought under trusts and business entities.11 This loophole, like many others in the state, allows for people who are unfit to own a firearm to obtain one. Federal Law also prohibits addicts  and unlawful users from owning a firearm, and despite following this law, the state of Texas has no universal background checks or waiting periods for the purchase of a firearm.12 Therefore, the law has a very limited way of checking to make sure that a person can lawfully own a firearm. Along with no universal background checks, the state has no ban on assault-style weapons, such as an AK-47. In fact, the state of Texas also has no official age minimum, but does follow the federal law of an age minimum of eighteen, which is younger than the federal age minimum for alcohol and tobacco related products.13 This allowed twenty-year-old Patrick Crusius to buy an AK-47 variant, which he used in the El Paso shooting on August 3, 2019.

What comes next? If the state continues to follow in this path, we can expect to see more violence and continue to be the state with the most number of deadly mass shootings. In light of this information, it is clear to see the failure of the current laws to protect Texans. According to Professor Carl T. Bogus at Roger Williams, about 30% of Texas households have a gun compared to New York, which has about 11%; and research states that homicide rates in high gun states are triple those in low gun states.14 Gun Control is necessary in preventing gun violence. The easiest form of gun control is to raise the minimum age to twenty-one. This form of gun control has bipartisan support and could be implemented federally. Several other forms, such as background checks and assault weapon bans, along with bump stock bans, should also be considered.15 Loopholes and other laws should also be looked at and strengthened, such as the current protective order laws.

Shortly after August 3, 2019, representatives of El Paso in the house and senate of the state legislature presented House Bill 131 and Senate Bill 157 on gun control legislation, specifically focusing on Red Flag Laws as an option for the state. As expected, the state legislature whisked them away quickly and quietly. As a state, we must move forward from living in an undeniably toxic culture surrounding guns to a societal change that does not affect our rights as Americans, but protects the most vulnerable among us from life threatening violence. Without this change, more Texans and American people will be afraid of going to school, college campuses, lunch with friends, and even simply grocery shopping.