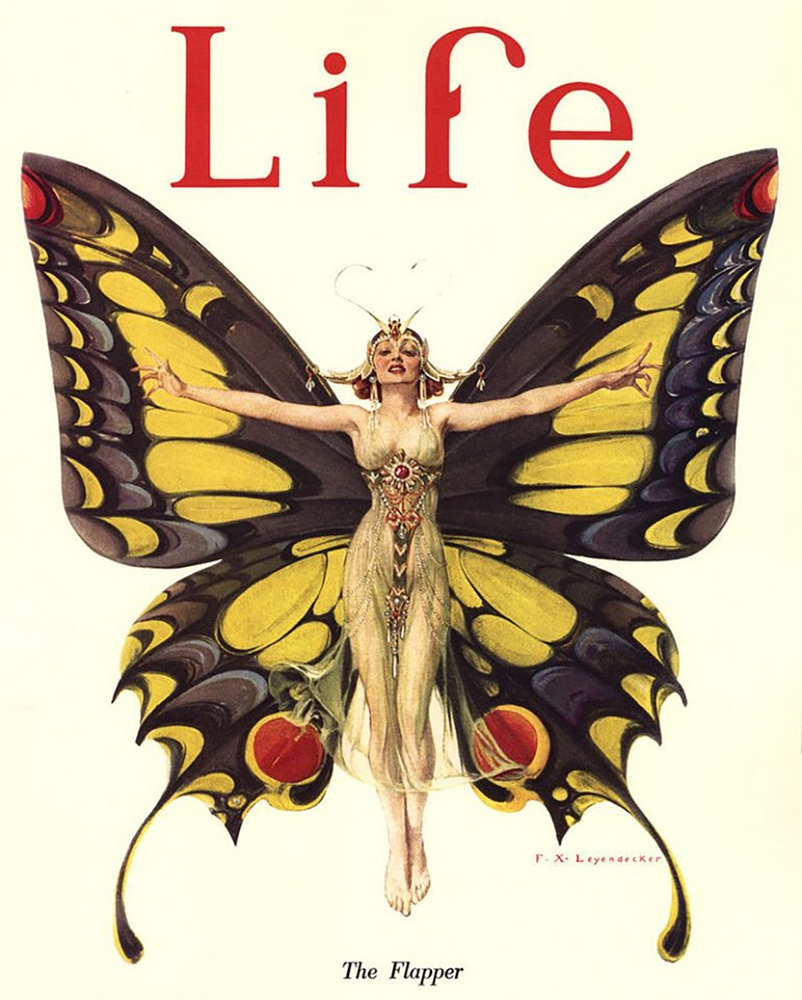 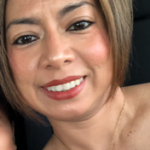 When one thinks of the 1920’s era one immediately thinks about Flappers. A flapper was considered a young woman who was very fashionable. This was a young female who enjoyed life to the fullest, flouting her unconventional standards of behavior and carefree party lifestyle.1 The spirit behind this movement was all about leaving the traditional ways of life behind and transforming into an independent woman.

Before World War I, the concept of femininity was referred to as the Gibson Girl. This term was used to describe these new independent and often well educated women. Gibson girls wore their hair long, pinned up and adorned with beautiful hats. They completed their ensemble by wearing long skirts and blouses that buttoned up to their necks. Despite their feminine appearance, these women were more than capable of doing the same things that men did. Examples of this include activities such as playing sports: skating, golfing, bicycling, tennis. These young ladies did not go out until they were asked properly by a young man who had good intentions and a promise of marrying them. Gibson Girls soon broke away from their traditional ways.2

In 1915, two years before America’s entry into World War I, a famous author by the name of H.L. Mencken introduced the word “Flapper” to the United States. Mencken stated that a flapper was “a woman who consumed music, literature and periodicals voraciously taking her cues for behavior and style from the media in front of her rather than the moral codes of decorum.”3 Another famous author, F. Scott Fitzgerald, famous for his classic novel The Great Gatsby, described the flapper as “lovely, expensive, and about nineteen.” John Held Jr., who was an American cartoonist, emphasized the flapper by drawing young girls wearing unbuckled galoshes that would make a “flapping” noise when walking.4 Despite the many different terms, Flappers were described essentially the same way: they were young girls who enjoyed the party life and had a sense of fashion.

After World War I ended in 1918, many things had changed for the men returning home, particularly the roles and values that women were embracing. The traditional values were gone and in their place came a faster, sleeker, and more daring approach to life. This time period not only ushered in an era of change in values, but it also established a new baseline for what was considered feminine. The Flapper Age was born and it brought with it a new and independent woman. These women smoked, drank, voted, cut their hair into bobs, wore eyeliner, and went to as many parties as they could—enjoying every bit of the social life along the way.5

During the 1920’s, fashion changed drastically due to a very famous designer, Coco Chanel. This woman helped flapper fashion to stand on its own. Typical flapper clothing included a simple sack like dress, which allowed women of all classes to make their own dresses and remain on trend.6 The waist of the dress was dropped to the hipline, and the skirt fell just below the knee. Stockings made of rayon were added and worn over a garter belt. To complete the look, bracelets were added and necklaces ran from the neck to the waist. Cloche hats sat atop their heads and drew the eye into a new hairstyle trend known as the bob.7 The make-up of flappers consisted of a red powder or cream that was used for the lips and cheek, eye-liner, powder for the face, and red lipstick that became very popular.

On January 19, 1919, the Eighteenth Amendment, also known as the Volstead Act, came into effect and gave way to the Prohibition Era in which the sale, production, importation, and transportation of alcohol was banned across the nation.8 This change in the legal system caused the sale and consumption of liquor and alcohol to go underground. The most rebellious thing a flapper could do at this time was to consume alcohol, and these young girls had a reputation for being giddy. The following year, on August 18, 1920, the Nineteenth Amendment was passed and women now had the right to vote.9 In 1924, the first radio launched more than 600 commercial channels around the U.S. The radio at the time was the social media on the flapper life. Many young girls swarmed the theaters to see the image of the flapper on screen. Famous actress Clara Bow, starred in the “Flapper” and made the look iconic.

On December 2, 1927, Henry Ford invented the Model A vehicle and car sales increased.10 Women were now owners of vehicles, and the car became a lifeline to a world full of excitement for the flapper in particular. With no one to stop them, they were free to come and go as they pleased. Liberated women were now able to go out and enjoy dancing during this era that was the Jazz Age. The most popular thing for a flapper to do was to go to a nightclub where she would drink, dance, and show off her moves. The era of the Flapper, however, came to an end with the Wall Street Crash of 1929. Many young women lost their jobs and the incomes that had given them such independence.11

Life in the 1920’s left a huge legacy for women to this day. Flappers and the forward-thinking concept of the modern woman is what initiated the change in society for how women were viewed then as well as how they continue to be viewed in present day. With their bold choice in attire, along with their new views and attitudes regarding femininity, both in fashion as well as social conduct, Flappers left behind the old traditional ways and paved the road for a more liberated female.

Hello I’m Aurora Torres and I’m a History Major here at St. Mary’s University and a full time Employee here with the University. History is my passion I love going to Vintage shops, museums and exploring anything that can take me to the past.

Congratulations on the Award! I love the fashion of the 1920s because of how the fashion told the women’s personality. It is amazing how much an impact the Flapper fashion had on society back then. Fashion was able to unite these like-minded individuals and they changed their whole society for the better. I wonder if we will ever see a fashion movement completely change our culture as flappers did.

congratulations on the award! this article was great to read and really outlined what flappers meant and the historical context behind it. I love learning about the roaring twenties because it brings me joy that women are finally gaining a sense of independence and enjoying their life without being looked down upon by the entire community. It also allowed for lower classes to also participate in this new age of female independence.

I found this article to be very informational and descriptive. The way the article was organized helped me understand what a flapper is, how it came to be, and its importance. The structure of each paragraph’s ending connected to the next very well, making it flow easily while I read. The article helped me realize the importance of Flappers and their impact on women’s tradition.

This article was very informative and easy to follow. I really liked how you defined what a flapper was in the beginning of your article, then went on to explain the history behind it all. It was also very interesting to read about women during this era and it is important to know that this era of a new and independent women helped shape and define the roles of women in the present day. Overall it was a very well written and enjoyable article to read.

Very interesting article! Congratulations on the award! It is interesting to read how much impact and historical context the flappers had in society. It is amazing how the 1920s were a time where women could change how the society view them and started to express themselves through fashion, literature, and various other aspects that made them feel more liberated, breaking the traditional mold of how women should behave.

This article is extremely interesting to read. It was a very fun article. Flappers are a huge part of the “Roaring 20’s” idea that many people have of the 1920’s. Flapper girls helped change fashion to be more accessible to young women everywhere. Flapper’s were very prominent in media of the time, mostly The Great Gatsby. It was very interesting to learn Coco Chanel had a huge impact on the era, because I had always assumed she was from a later time in history.

I really like this article because it elucidated the importance of women and where societal norms began to change. This was a huge stepping stone for women during their fight for rights. The flappers are a significant reason the great gatsby is as popular as it is today. This article was very informative about the history and what caused the era to come to an end.

I personally found this article fun. I’m very fond of fashion and history mixed together. Especially when it talks about it during the Roaring Twenties. I also enjoyed reading about ‘flappers,’ I didn’t even know some women were called that back then. This article is quite informational because it talks about women’s social standing during this era and how image was everything for “flappers.” This can help women better understand our history.

I loved this article! The 1920s have always been one of my favorite time periods in history, so learning more about it was fascinating. I especially loved how the author described flappers, as “a woman who consumed music, literature, and periodicals voraciously taking her cues for behavior…etc” I found this quote very accurate to how I visualize the flapper. One of the things that I enjoyed about this article was the detail. The author goes into detail about the dresses, makeup, jewelry, and more. I found that this made the article flow better and more compelling.

I had no idea just how synonymous flappers and the idea of liberation were. Before, when I heard “flapper,” I thought “fashion.” Now, the word that most predominately comes to mind is “feminist.” Thank you for bringing that to light.