The Role of Temples in Ancient Mesopotamia 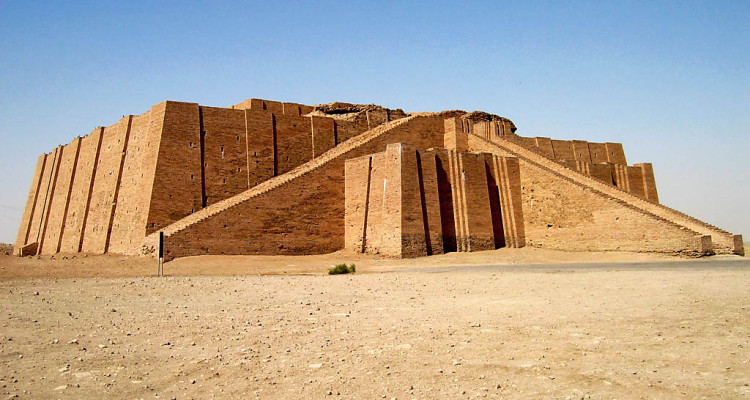 The presence of temples as places where people nourish their faith and religion has existed for centuries since the beginning of the earliest civilizations. Since their foundations, temples of any religion have represented places where people could find spiritual and religious comfort. Besides this main function, temples have also played important roles in the management of their cities, impacting their societies in significant ways.

Temples in Ancient Mesopotamia, better known as “community temples,” were basically operated by priests and priestesses that were often younger relatives of the rulers. Their main role was to intervene with the gods for the fortune of their communities through prayers and offerings to their deities. In exchange, the community provided priests with food, drink, and clothing.1 Each temple was dedicated to a major deity, who was the main god of the city. Often the priests serving the temple might have been the former governor of that particular city-state.2 Like many religious organizations today, temple communities also provided help to the people in the community when in need. Temples, for example, used to take care of orphans, supply grain in time of famine, and provide ransom for people who might be captured in battle.3

Mesopotamian temples were not places where people particularly went to worship. They were thought to be the home of the city deity, and for this reason they were equipped like households. They were built with kitchens, tables (in the form of altars), living rooms, and the most important of the rooms, an inner sanctuary where a statue of the major deity stood in one of the building’s walls. Often, these temples used to have staircases to the roof, where rituals and offerings to the deity were performed (e.g. animal sacrifice to feed their god).4

In hindsight, the role of temple communities was not limited to the city’s religious life, but they were also large socio-economic organizations.5 Temple communities in Mesopotamia also had an influence in the economy and social living of the cities. Among many of their functions, the operation and maintenance of irrigation systems was one of their highest priorities. They also controlled and managed the industry while developing and manufacturing products that later would be exchanged in foreign trade. Along with this, temples were extensive places for storaging goods and merchandise.6 The records priests and temple staff generated were so extended that some modern economic historians developed the conclusion that the Mesopotamian economy “was dominated by the temple, giving rise to the characterization of ancient Mesopotamia as a ‘temple-state economy.’”7 This was clear to see, since temples were also in charge of the finance of the city. They were in charge of collecting taxes, administrating a system of price control, regulating interest charges, financing foreign trade and legislating all private financial transactions. They also redistributed income by granting money to those in need, and often they also made loans to private individuals.8 Temples also played a role in legal matters and in maintaining social control. Marriages were performed; priests granted divorce, registered births, and administered the law.9

For the importance of their role as a major socio-economic organization as well as their role of mediators between the gods and the city, it can be concluded that Mesopotamian temples possessed a large power among the events happening in the daily life of the individuals living in a particular city. Maybe without the temples, it might have been more difficult for the rulers of the city-states to carry out the functions that these religious organizations used to perform.